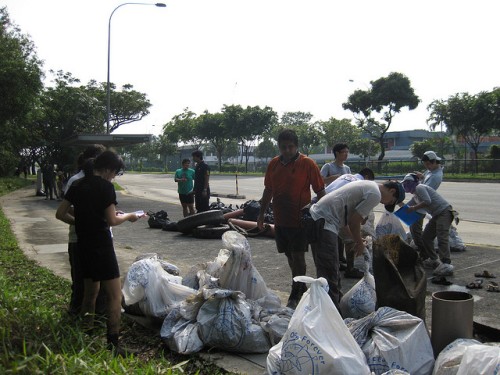 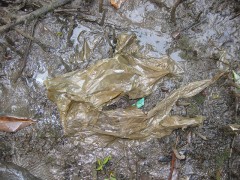 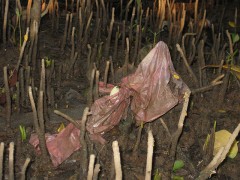 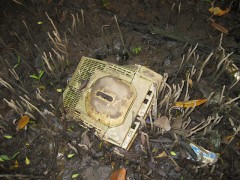 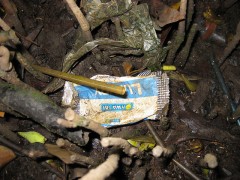 This is the second year that ICCS has tackled Pandan mangroves to contribute to a healthier condition of this tiny, rare but amazing stretch of mangrove in the south-west of Singapore. More abandoned tyres (25) were cleared this year, plus a huge amount of accumulated trash including plastic bags (2,744), food wrappers (835) and styrofoam pieces (757) that still persist on this fragementary habitat.

The clean up process at the site was tough and slow compared to a beach clean up site due to the difficult terrain. Many participants trudged knee-deep in the mud just to lay their hands on the trash pieces that pepper the entire mangrove forest floor. 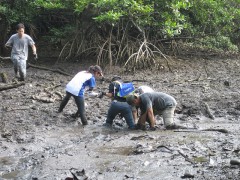 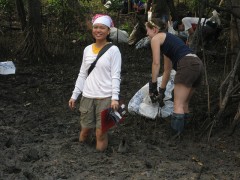 The SPF team had an interesting encounter – they saw a snake (probably a harmless dog-faced water snake) as they cleared some tyres but, of course, they were unfazed about it and continued.

Despite all the hard work, everyone of us ended the session in good cheer, having known that we have made a positive difference for the mangrove and its inhabitants! 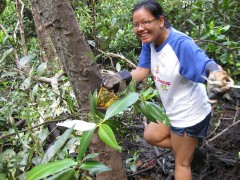 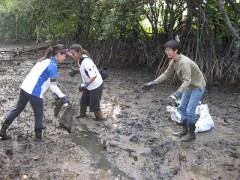 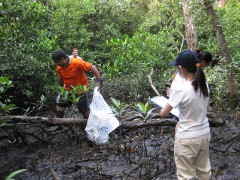 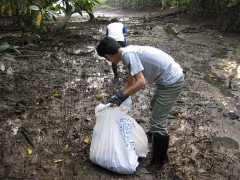