High spirits filled the air under the beautiful early morning light and clear blue sky of the 8th of September 2012 as 90 volunteers from Wildlife Reserves Singapore, FMC Technologies, Nexus International School and Earthlink NTU gathered at Jalan Buroh bus stop number 25 for the fifth year of the annual Pandan mangrove cleanup for ICCS.

Site buddy Grace Ang got to serious work very quickly and inspired the young local and overseas tertiary students with her patient encouragement and by being a great and enthusiastic role-model. 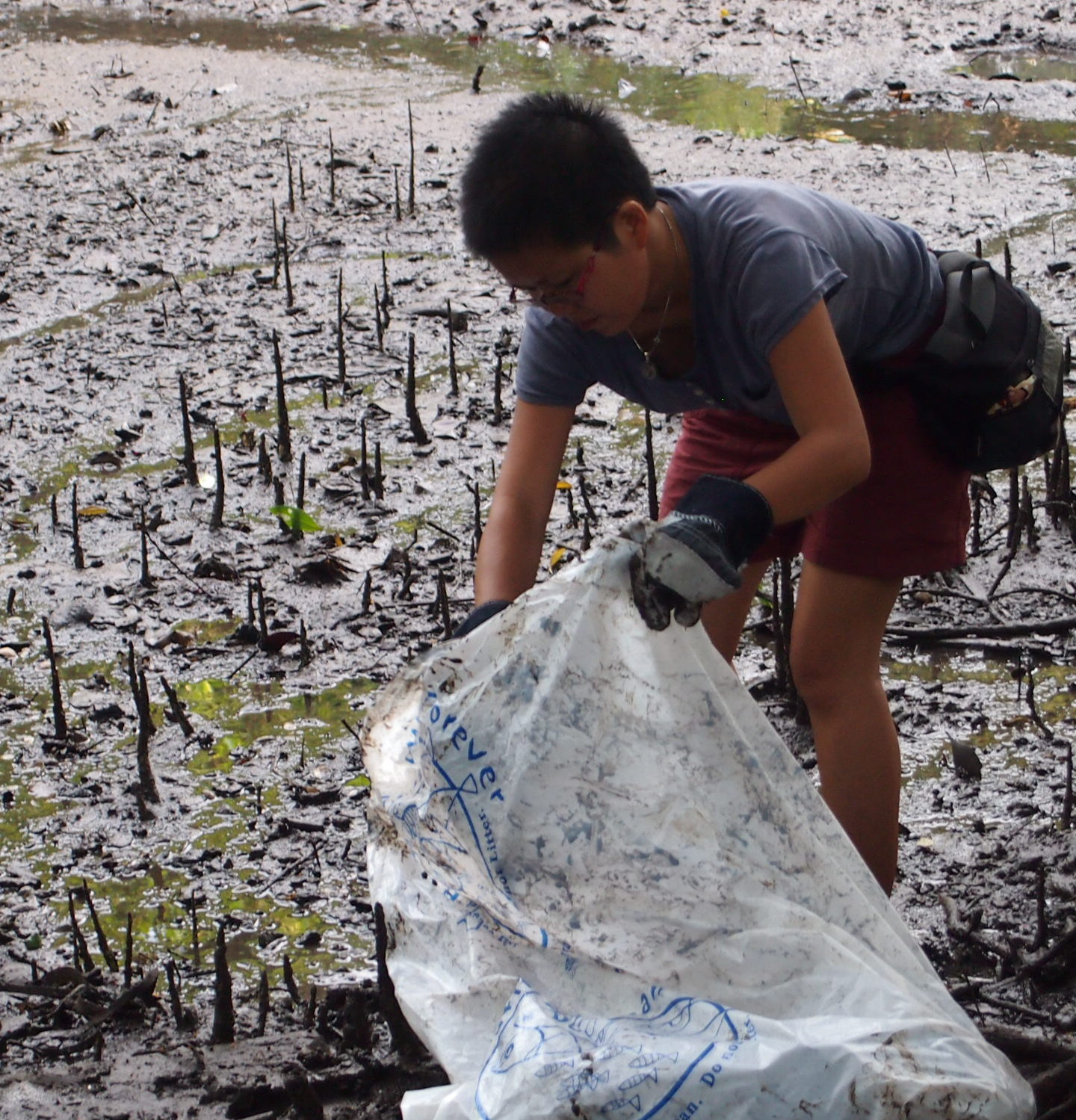 Our cool ‘lone ranger’ independent volunteer Nasrul turn up at the perfect timing and went all the way out into the mud to pick up any trash in sight!

Some interesting finds this year include a huge bag of shattered glass pieces and old furniture by Nexus International School.  The WRS ladies were as strong as the guys and impressed all with their muscle power and persistence in clearing a long heavy roll of nylon rope! 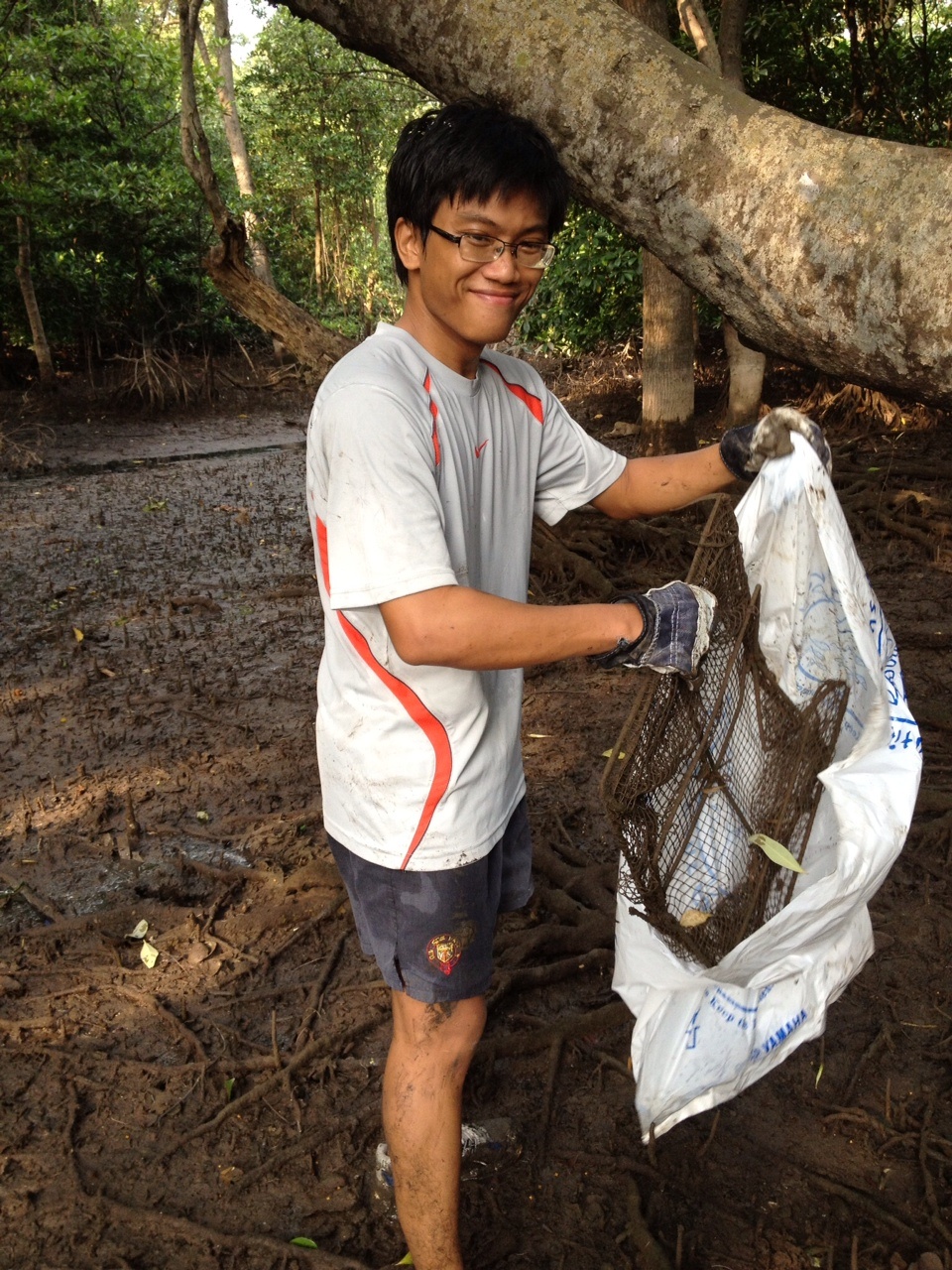 Nasrul and I found two abandoned crab net-traps and during removal and we gasped when we saw a horseshoe crab beneath them! We were so glad it was alive and left it alone in the mud.

All in all, the 90 of us in total filled 65 trash bags with 5,004 items which we categorised and disposed, weighing more than 900kg of trash at Pandan Mangrove! Plastics bags numbering 1,881 and 676 food wrappers once again dominated the items collected at the fifth annual cleanup of this mangrove.

After the hard work of the cleanup, smiles lit up everyone’s faces and I know it is a day each of us shall remember, making a difference for one of Singapore’s last remaining patches of mangrove. 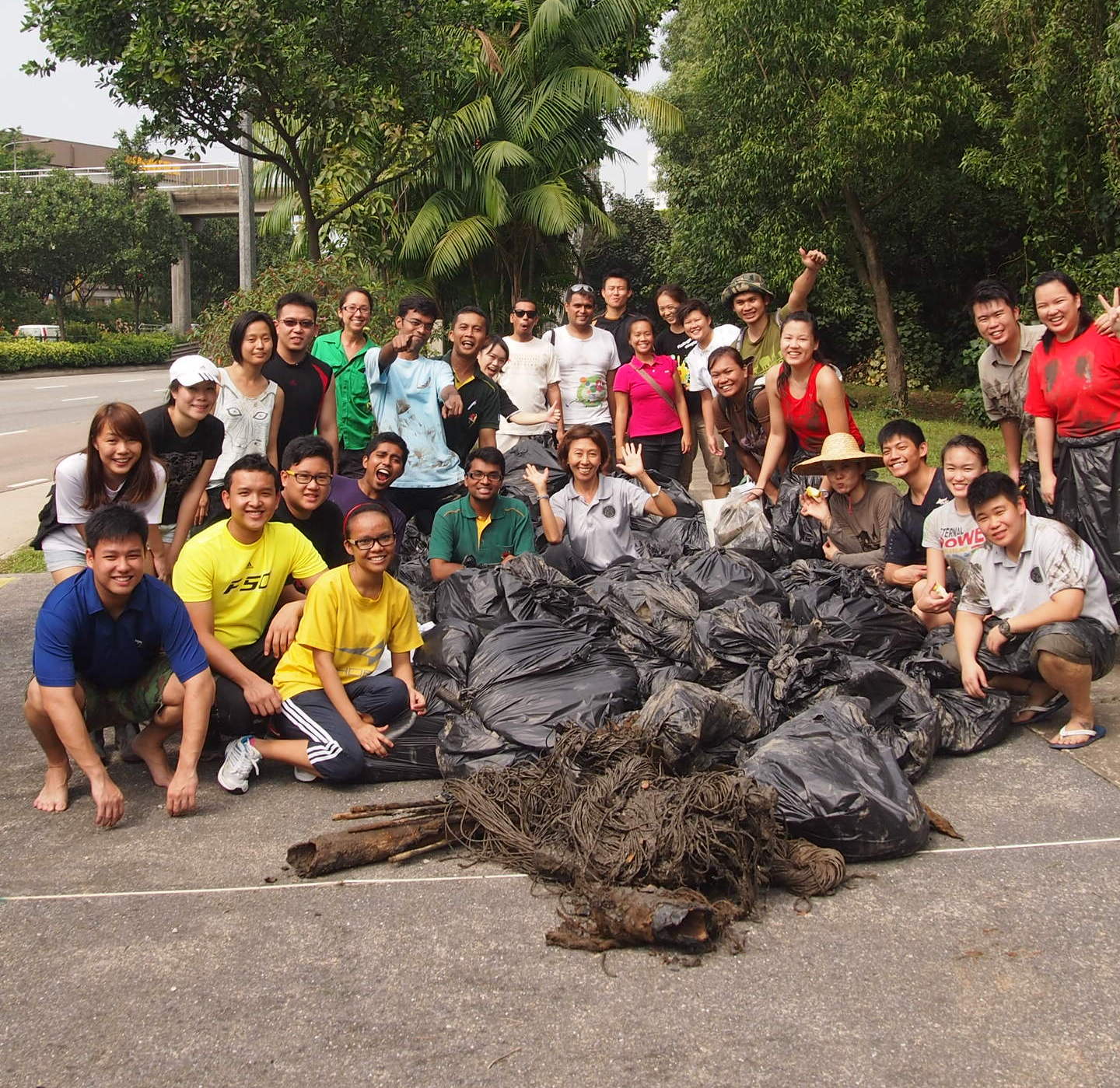