15 Apr 2015 – I was despatched to the American Centre for Education (ACE) to deliver my first school talk about local marine biodiversity and the threat of marine trash. The fifty students I met there were being prepared for the Earth Day Coastal Cleanup at the trash-filled Pasir Ris 6 – where theory would become reality in a just a few days!

Students were delighted with the introduction to Singapore’s wonderful marine biodiversity and then appalled at the immense problem of trash on our shores. The mostly international students, accustomed to Singapore’s “Clean and Green” image, were visibly shocked when images of heavily polluted beaches and mangroves were flashed on the screen.

The talk ended with a short segment on lifestyle changes towards sustainability. Simple habits, such as saying no to plastic straws – items which are disposed after a mere 10 to 15 minutes – make a difference. Emphasis was placed on the REDUCE of “Reduce, Reuse, Recycle,” to minimise our consumption of disposables. 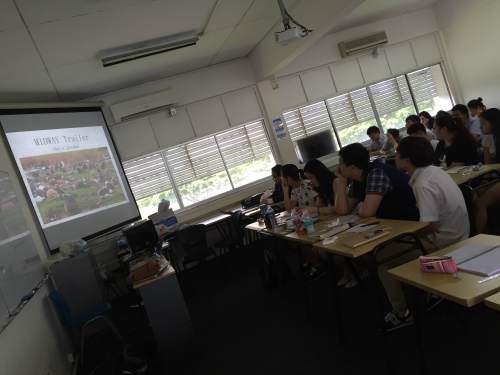 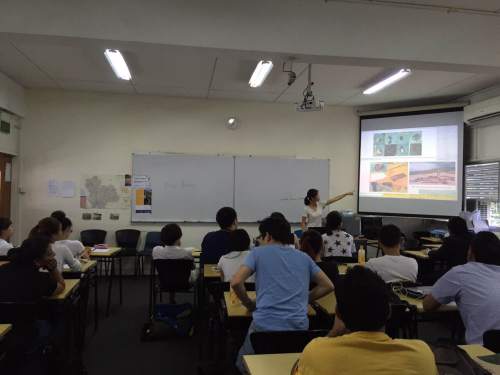 This was my first talk as the ICCS Intern. Having no scientific background, I was initially unsure of my ability to communicate the issue of marine trash. However, research and practise made it possible for me to deliver this urgently needed talk. The information about trash in our ocean and the impact it has on biodiversity is voluminous and clear. I was given a long reading list, customised the ICCS slides, practised and received feedback from Zone Captains Sean Yap, Teo Kah Ming, Lim Cheng Puay and ICCS co-ordinator N. Sivasothi.

And then I sailed forth and delivered the talk. The audience response was the answer – they were shocked and motivated and I was glad I had ben able to share this urgent issue with them. If you are an Organiser of a Year-Round or International Coast Cleanup, you may contact us to arrange for a talk. I am looking forward to my next session!

Thanks to Vernessa Chuah for the photos.