25 May 2015 – Tanah Merah Zone Captain Joleen Chan and myself headed down to Tanah Merah Beach 7 in preparation for the World Environment Day Coastal Cleanup on 6 June 2015.

I was last here during the Chinese New Year Coastal Cleanup (26 Feb 2015) where we removed 43 trash bags of trash weighing 386 kg. The trash then was concentrated along the strandline, as the intertidal zone having been cleaned during last September’s ICCS and probably intermittently since by NEA.

At the recce now, trash was once again dispersed throughout the beach with not an area unaffected. 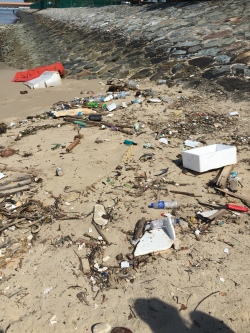 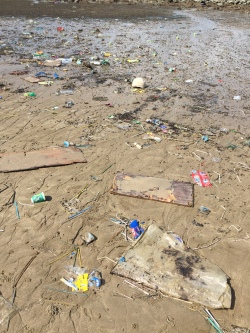 The first section of the beach was already covered in styrofoam (expanded polystyrene) and other plastics. Plastic straws in particular stood out as they were visible throughout the intertidal zone. 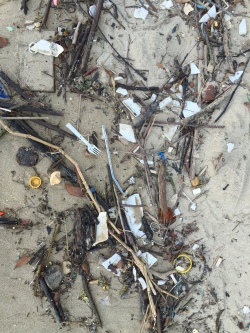 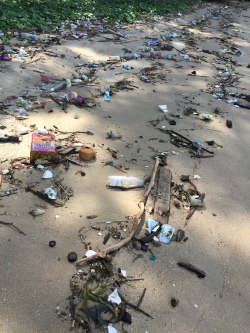 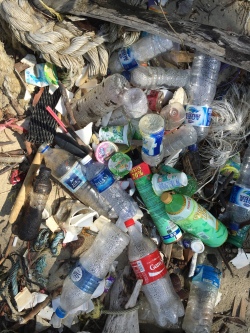 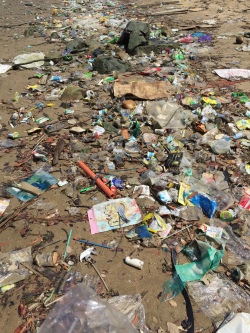 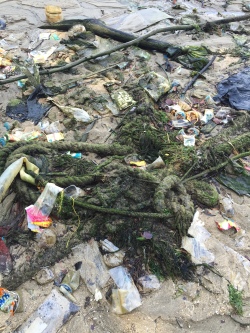 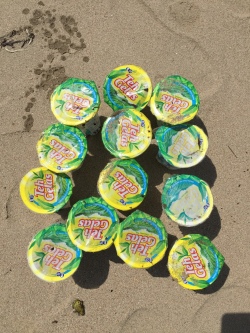 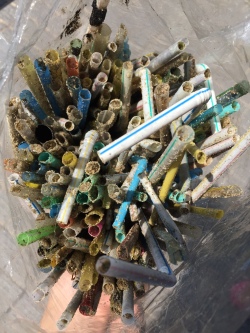 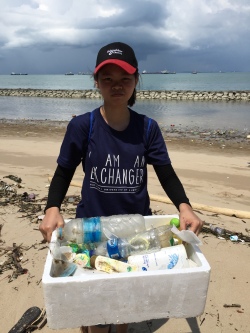 Left: The straws we picked in the 2.5m2 quadrant. Right: Joleen with a box filled with trash she collected.

Despite the depressing nature of our recce, we were fortunate to still see much marine life on the beach. Tanah Merah 7 is usually closed to members of the public and this relatively undisturbed. Marine life which can cope with the existing pressure on the shoreline has a chance to thrive!

We were excited to encounter a Haddon’s Carpet Anemone (Stichodactyla haddoni) in the first 10 minutes, and saw a smaller one towards the end of our recce! 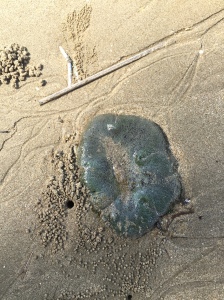 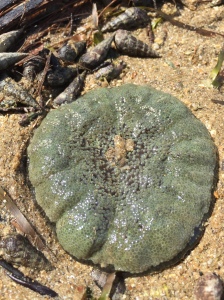 As we assessed the trash load in subsequent bays, we heard a familiar sound of five smooth-coated otters (Lutrogale perspicillata) running from the vegetation towards the sea! We spent a happy 30 seconds watching them, before they disappeared behind the seawall and on their journey. 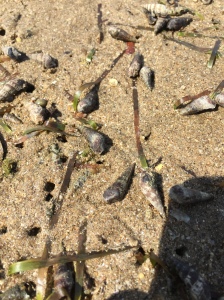 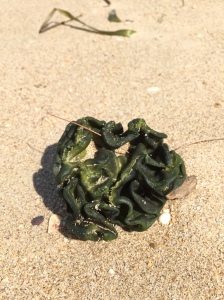 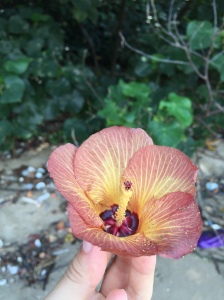 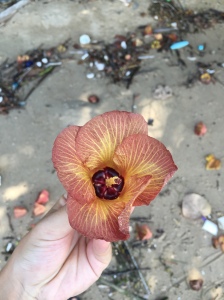 Beautiful flowers of Sea Hibiscus (Talipariti tiliaceum) had dropped to the sand.

All that marine life surviving amidst the trash was a great reminder for why we conduct coastal cleanups. The beauty of the natural landscape, highlighted by individual organisms, was tainted by the mindless and countless pieces of styrofoam, straws, plastic bags and plastic bottles. Besides the biological and chemical impact on the environment, that trash reflects an absence of respect for nature.

To see a habitat so devalued and polluted saddened me greatly. The difference we will make during the World Environment Day Coastal Cleanup at Tanah Merah Beach must extend to action in our daily lives, as we realise the far reaching effectg of our urban lifestyles to the environment.

3 thoughts on “The marine trash on Tanah Merah beach is appalling!”