Gathering at Pasir Ris 6 for the pre-cleanup briefing. Photo by Yang Yi Yong.

Sent from my iPhone 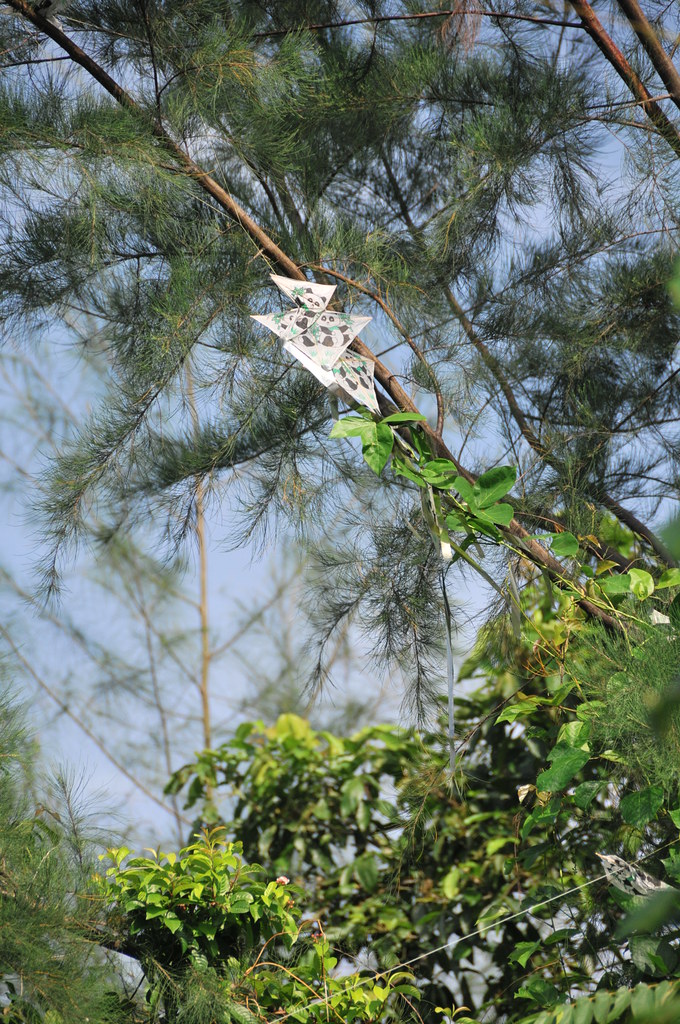 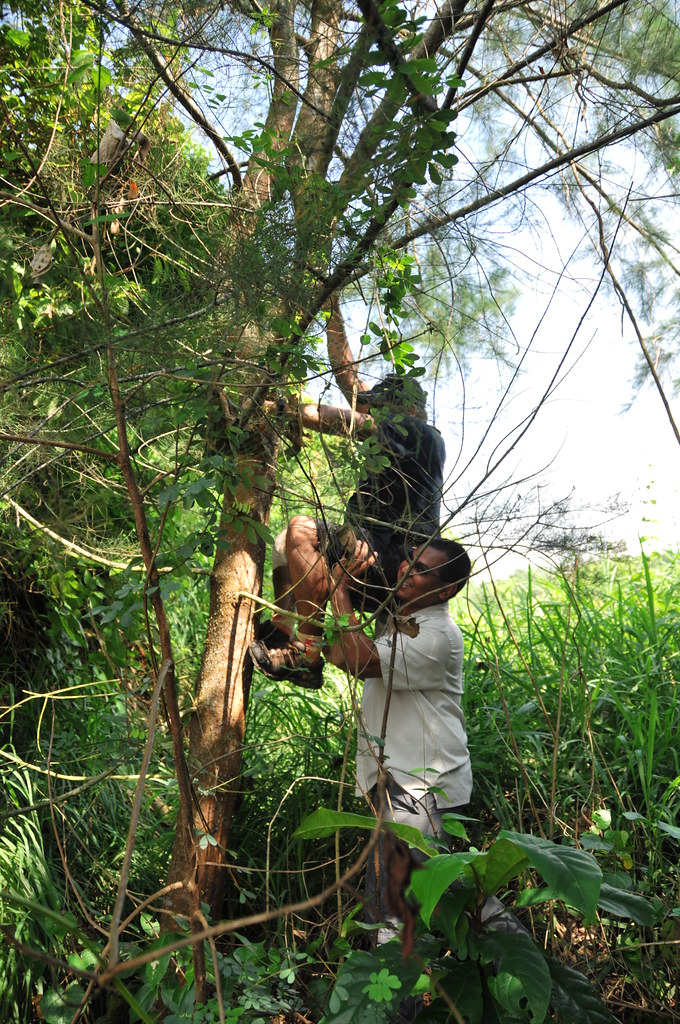 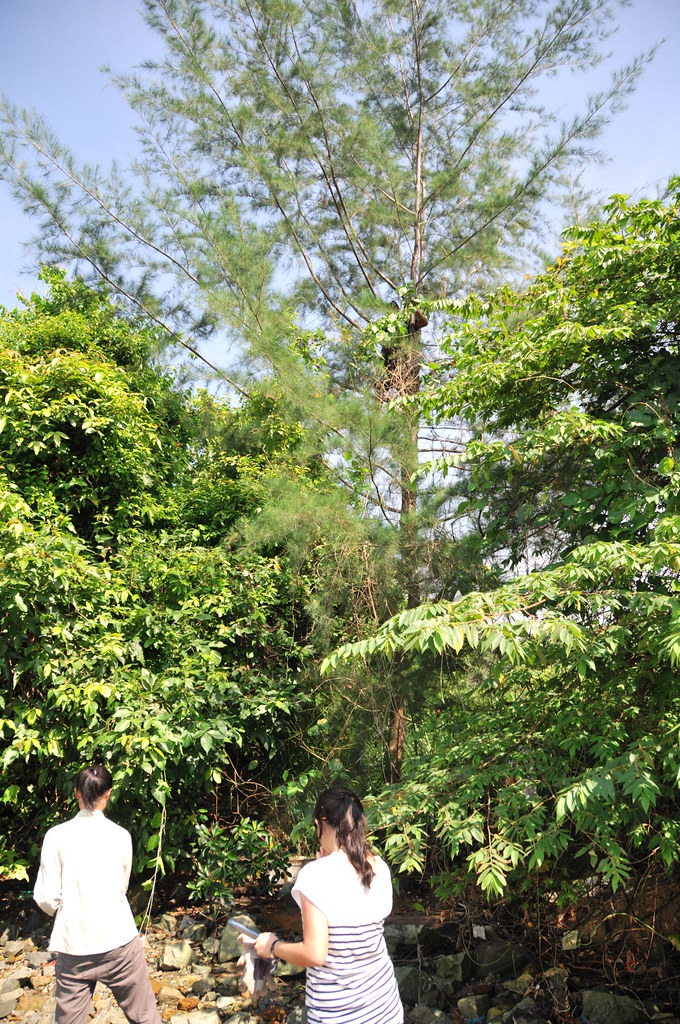 Data from the cleanup

Blog posts from the cleanup

Photos from the cleanup:

Ria Tan of WildSingapore has updated these Wild Facts Sheets on the Dugong, Sea Turtles and Indo-Pacific hump-backed dolphin! These are resource pages about sightings of these marine animals in Singapore and their status, brief notes about the biology and the issues they face.

Organisers and presenters of the International Coastal Cleanup who run an education programme with participants in the months ahead of a cleanup will find this really useful to accompany the powerpoint that deals with the popular question, "Is there marine life in Singapore?" 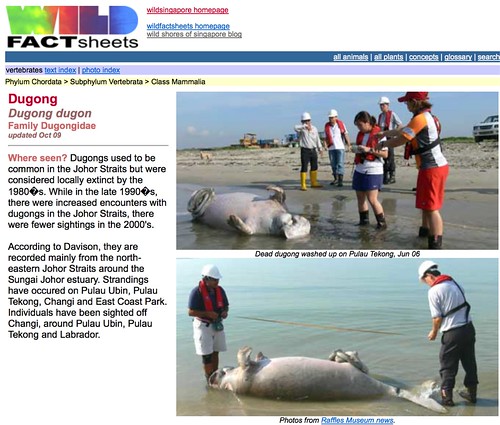 The damage caused by marine rubbish and debris is costing the
Asia-Pacific region more than a billion dollars each year, a new
report has found. The report, commissioned by the Marine Resource
Conservation working group of the Asia-Pacific Economic Cooperation
(APEC), found debris is increasing in the region's oceans, despite
measures to control it.

Study author Professor Alistair McIlgorm of the National Marine
Science Centre in Coffs Harbour says 6.4 million tonnes of debris
reaches the world's oceans each year. Of that 80% is thought to come
from land based sources, he says. More than half of the rubbish is
believed to be plastic, but McIlgrom says rubber, wood and sanitary
products also add to the problem. "Poor landfill practices are big contributors to marine debris,
especially in Asia," says McIlgrom. The report also tallied the
economic costs of damage caused to the fishing and boat industries by
marine rubbish in the Asia-Pacific region. "Whether they have to
untangle plastic from a ship propellers or totally replace an outboard
– it's costing industries a lot," he says. The report used a Japanese economic model, which estimates the damage
caused by marine debris costs governments close to 0.3% of their GDP
every year.

Conservative estimate "That came to a total of US$1.265 billion across the 21 APEC
economies," says McIlgrom. In Australia, clean up of marine rubbish is
costing close to AU$6 million (US$6.5 million) each year. But these
figures are very conservative he says, and don't encompass the total
impact of marine rubbish. "There are lots of other costs, costs to
wildlife, loss of tourism and lost capital development opportunities,
like building a hotel or resort." And the report doesn't include the clean-up bill, says McIlgrom. "If
you added the clean-up bill of all of APEC it would be a lot more." He
says what's really worrying is that the amount of marine debris in
oceans is growing with the world's population. "If you took the levels
[of rubbish] in 1980 it was much less than it is today, basically
we've got lazy with our use of plastics." McIlgrom insists marine debris is an avoidable cost. Prevention better than cure The report recommends that governments focus more on preventing
rubbish entering our waterways, instead of trying to control it once
it gets there. "For every 100 units of rubbish that enter the ocean,
15 % float on the surface, 15% collect in the water column near the
shore and the rest sinks to the bottom of the deep ocean," says
McIlgrom. With most rubbish originating from land based sources, he says it
makes more economic sense for governments to introduce preventative
measures. "Once debris enters the water and becomes diluted, it
becomes much more expensive per unit of rubbish to pick up." McIlgrom
says governments should implement proper landfill practices, which
would go a long way to reducing the amount of rubbish that ends up in
our water ways. He says recycling, especially of plastic "really needs attention and
thought". McIlgrom says, good strategy is to reimburse people who
recycle plastic bottles, like in South Australia. The report also recommends building nets at the end of estuaries,
where rivers or streams meet the ocean, to catch any debris before it
makes its way into open water.

CEMACS organised a great cleanup, with everyone working hard, reporting their data the same day, using recyclables and non-disposables for the lunch and blogging the same day. This morning, Malaysian newspapers reported the event and it looks to be the start of something really good!

See the ICC Penang blogsite for reports, data and photos at: http://iccpenang.wordpress.com/

Volunteers from ST Dynamics at East Coast Park Beach Site 1 encountered a fishing net buried in the sand and didn’t leave it there – they huffed and puffed and extracted the net, removed the entangled coral and disposed of it! Well done folks!