This is the first year Thomson Reuters took part in ICCS – 17 participants led by an experienced leader.  They came prepared with tongs and gloves and after an on-site briefing by LK, worked efficiently in groups of 2-3 under the blistering hot sun.

There were a few interesting finds such as a chipped porcelain buddha statue, spongbob squarepant figurine, helmet and a plastic tubing which resembled a snake! 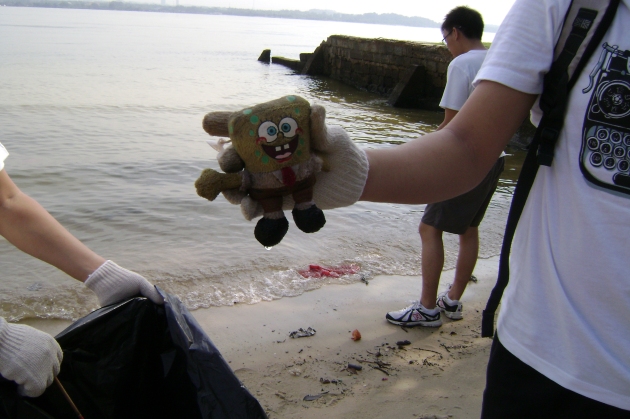 The man and his helmet 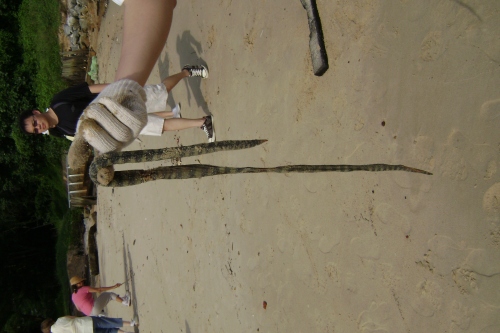 LK suggested that Selimang was a popular site for Chinese religious rites. During the cleanup, the group encountered lots of offerings, floating lanterns and large burnt patches. It also seemed to be a dumping ground for discarded religious statues.

There is also evidence that campers frequent this area for they found discarded fishing nets, fishing lines and lots of food wrappers.

The cheery spirit I witnessed today was admirable. In addition, I am heartened as LK took the effort of asking her group to bring plastic bags for trash collection. Cheers to all the participants from Thomson Reuters! 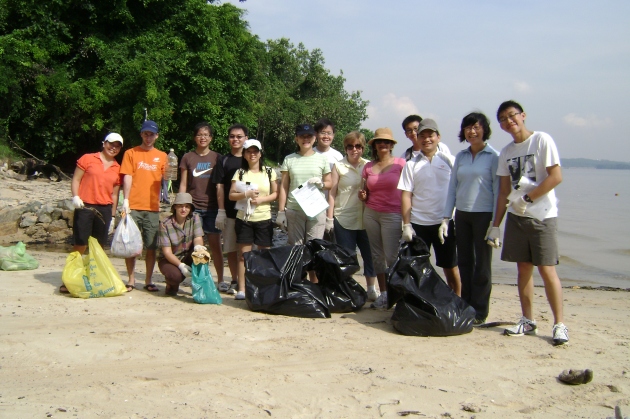 What’s a cleanup without a group photo?